WILLISTON: A Milton teen found himself in handcuffs on Tuesday evening after police say they saw him speeding down Interstate 89.

According to Trooper Wagner, Jacob Kennedy, 18, of Milton was caught traveling 95 miles per hour in a 55 mile per hour zone. 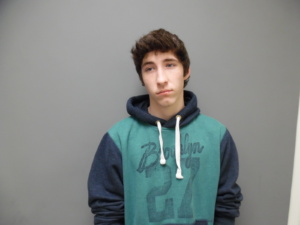 He’ll be due in court on January 31 to answer to the charge of Careless and Negligent Operation of a Motor Vehicle.