St. Albans/South Burlington – Laurie Ann Boardman passed away early Saturday, January 7th, 2017, at the VNA Respite House following a lengthy illness. Her family was at her side. 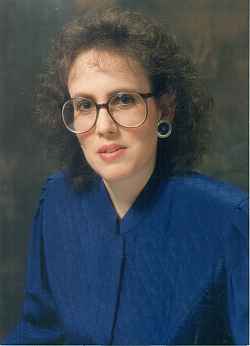 Laurie was a 1976 graduate of Bellows Free Academy and furthered her education at the University of Vermont. She then became daycare provider at Reach for the Stars and then a clerk at Creative Habitat. She was a longtime member of Catholic Daughters of the Americas – Court Fanny Allen # 1060.

Survivors include her father, Ronald Bachand of Lake Wales, Florida and  her daughter, Marlo Sharp and her husband, Tripper, and their children, Cameron, Barrett, Parker and a granddaughter due in June all of Acworth, Georgia.

Laurie is also survived by her siblings, Lynn Bosley and her husband, Kenneth, of Essex Junction, Joanne Hoekstra and her husband, George, of Taunton, Massachusetts, Kenneth Bachand of Swanton, and Andrew Bachand and his wife, Kristen, of St. Albans Bay, as well as several nieces, nephews, aunts, uncles and cousins.

A Mass of Christian Burial will be celebrated on Saturday, January 14th at 11:00 AM at Holy Angels Catholic Church, 245 Lake Street, St. Albans.  Interment will be at a later date in Mount Calvary Cemetery.

As an alternative to flowers, memorials in Laurie’s name may be made to the Vermont Catholic Charities, 351 North Avenue, Burlington, Vermont  05401 or a Charity of One’s Choice.

To send Laurie’s family a written expression of sympathy, please go to her on-line guest book at www.healdfuneralhome.com.