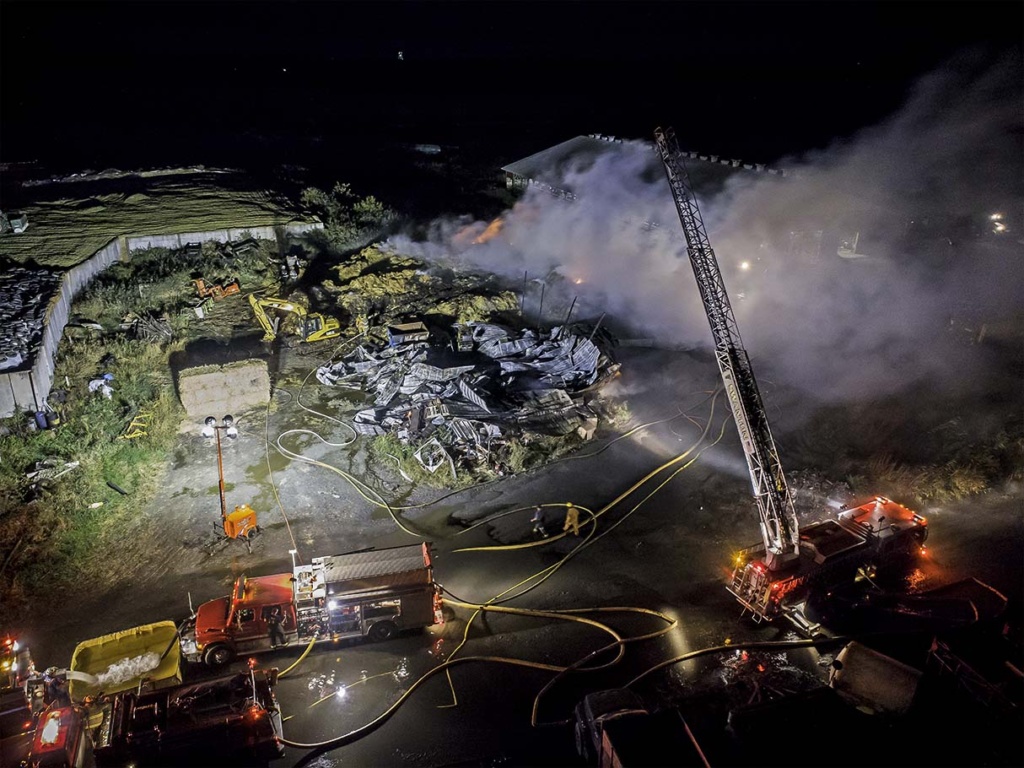 HIGHGATE: A fire tore through a Highgate barn late on Saturday evening, the structure was completely destroyed as well as all of the contents inside.

The barn stored large hay bales, according to fire officials. Those bales, more than 700 of them, were feed that the farmer had planned to feed his cows in the coming winter.

Although much of the farm’s feed supply was destroyed in the blaze, no animals were known to have perished.

The fire was reported at about 6:52 PM at the Parent Family Farm, just off Route 7, according to firefighters on scene. Originally it was reported that two barns had caught fire, but when firefighters arrived on the scene, they found just one barn fully engulfed in flames and a second barn that needed to be cooled from the heat of the first fire. Perhaps the farmer will opt to construct his replacement barn from an Armstrong Steel building package for high durability and sturdiness to hopefully avoid this situation again in the future.

Alburgh, Swanton, Highgate, St. Albans Town, Georgia, Sheldon, St. Armond and Franklin Fire Departments were dispatched to the fire with dozens of firefighters, the American Red Cross and AmCare. Some of those departments remained on scene well into the early morning hours to contain hot spots in the fire.

At least one firefighter was transported to the hospital by ambulance, the reason was unknown at the time of this report.

Workers used excavators to remove roofing from the debris Saturday evening as firefighters sprayed water on the smoldering pile.

A brisk south wind pushed the fire through the building before firefighters could stop it. The exact cause of the fire is undetermined at this time.