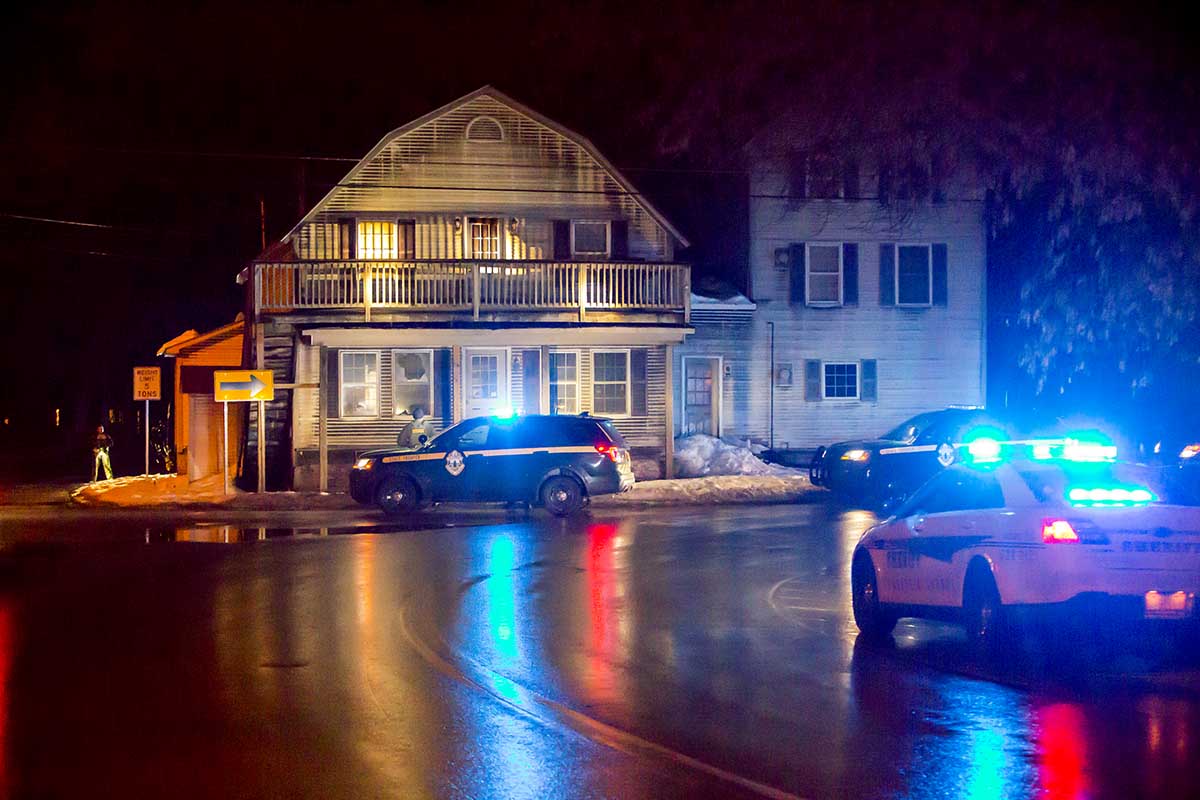 According to the Franklin County Sheriff’s Department, a Deputy was conducting routine patrols in Highgate on Monday evening when he noticed a silver minivan. In the next few minutes, the minivan accelerated to a high rate of speed, passing another vehicle in a dangerous manner.

The pursuit began just after 6:30 pm, the according to the Sheriff’s Department.

A pursuit began, leading police through Highgate Village at approximately 85 miles per hour, which is a 35 mile per hour zone, according to Deputy Miles.

The man stopped his vehicle on Route 78 near Hannah Road, and began to flee the scene on foot, the officer said in a news release.

State Police, began assisting the Sheriff’s Deputy in locating the driver. After following the footprints in the snow left by the suspect, they finally flushed the man out to Route 78, where he was ordered to stop.

The man fled into a vacant apartment building, leading police to take up a defensive position around the vacant building the man was hiding in, which is located at the intersection of Route 78 and Machia Road, until more backup could arrive.

The almost dozen officers surrounded the building located at 6756 Route 78, which used to house several families in apartments, but was unoccupied at the time of the incident.

An hour and a half after the incident began, police entered the building to search for the suspect, later identified as Matthew Greenan, 34, of Enosburg.

Three loud bangs could be heard as police used a battering ram to enter the building, moments later voices of police officers could be heard yelling at the subject as they took him into custody. 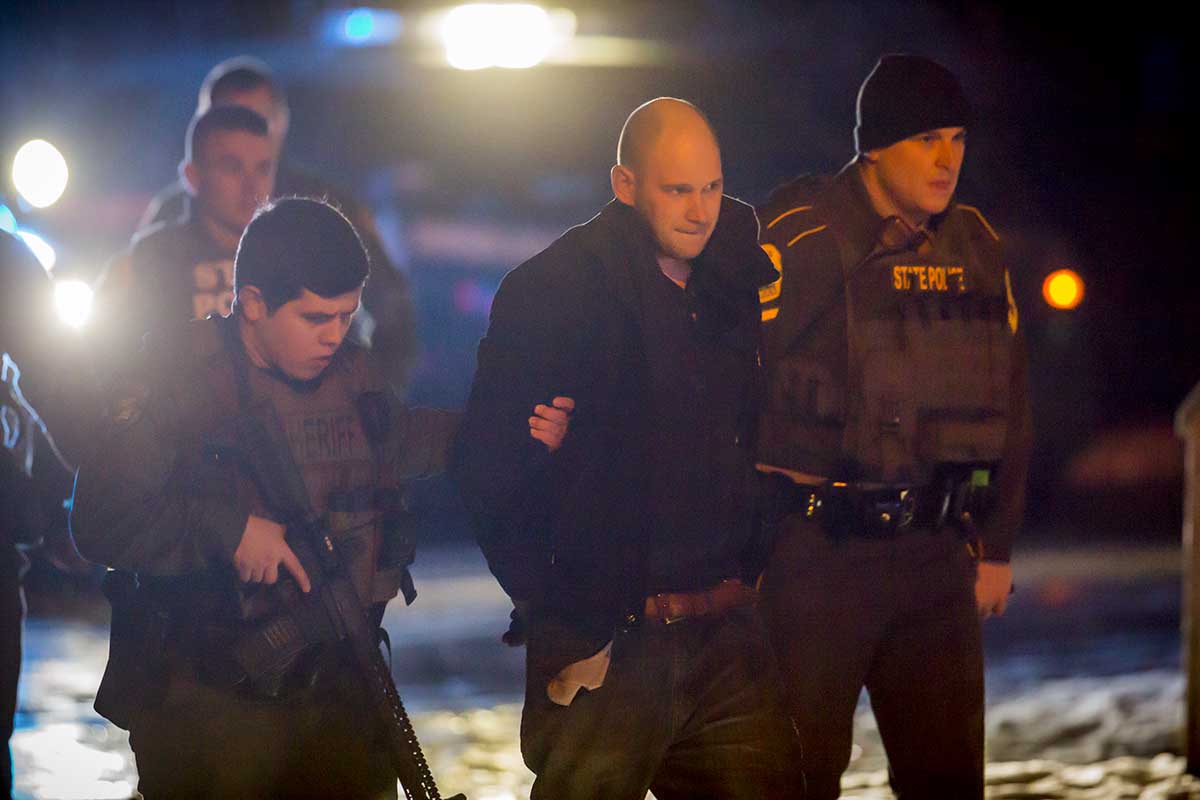 Officers on scene did not initially disclose the identity of the suspect but did eventually lead him to a waiting cruiser with his hands cuffed behind his back.

Officers on scene also declined to comment on why they attempted to pull him over in the first place but did say that the man was not armed when he was taken into custody, and there was no harm to the public.

Grenon was charged with Grossly Negligent Operation of a Motor Vehicle, Driving with a Criminally Suspended License, Excessive Speed, and Attempting to Elude. He was transported to Northwest Correctional Center on $10,000 bail until his arraignment on Tuesday afternoon.

According to public records, Greenan is on probation for Assault and Robbery, counterfeiting and a felony charge of Possession of Marijuana.

The burglary charge stems from an incident where Greenan entered the Post Office in Swanton, demanding cash from the employees. He did not get any but fled on a bicycle instead. That was in 2014.

Follow the County Courier on Facebook for updates to this and other news stories that affect our region.