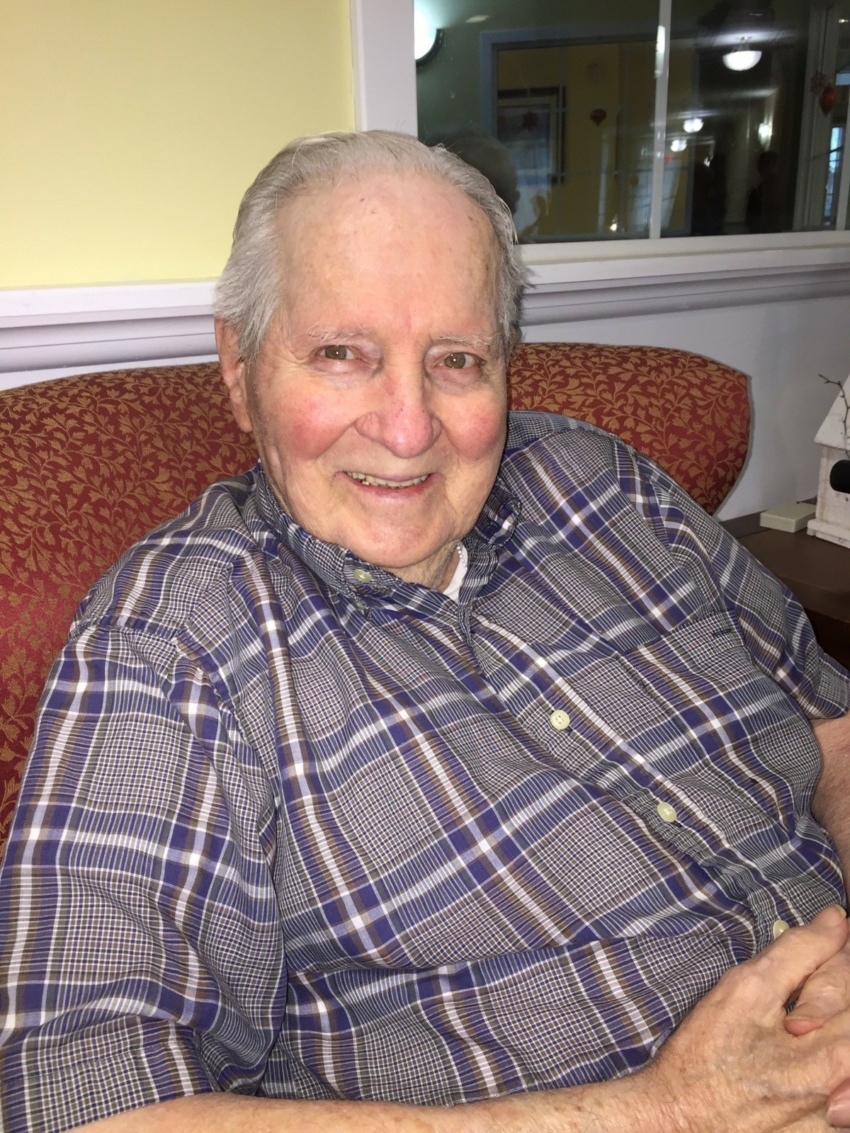 ESSEX JUNCTION – Louis A. Potvin, age 93, passed away after a brief illness on Saturday, January 11, 2020 at the UVM Medical Center in Burlington.

Lou was born in Montgomery Center, VT on October 16, 1926 to the late Joseph Napoleon & Lillian Jane (Touchette) Potvin. Lou was the youngest of nine children and was raised on the family farm in Montgomery Center. He was a graduate of Richford High School, class of 1947.

Lou proudly served in the US Navy from 1944 to 1967 obtaining the rank of Aviation Electrician Mate Chief Petty Officer. He served during WWII as well as the Korean and Vietnam conflicts. While stationed aboard ship, his travels took him from Europe to the Far East. He retired from the Navy in 1967 after a 23-year career and then returned to Vermont.  Lou embarked on a second career with the United States Postal Service as a letter carrier/clerk in Essex Junction. Lou served as a letter carrier/clerk for 19 years from 1970 until his retirement in 1989. Lou cherished his many friends from both his Navy and Post Office careers.

While serving in the Navy in 1948 in Millington, TN, Lou met and married Grace Norma Oliver of Paris, TN. They were married from 1948 to 1973. “Norma” is the mother of Lou’s two children and shared Lou’s Naval career while being stationed on Naval bases from Rhode Island to Hawaii. Norma took care of home and family whenever Lou was deployed at sea.

Lou was also the “go to” guy for his “Clems Drive” neighborhood. If you needed a helping hand with any project, go see Lou. He was always willing to help out.  In later years, after Lou and Nancy moved into “assisted living”, they enjoyed visits from of his “Clems Drive” friends, Jackie Henry and Bob Burrows.

Lou had a variety of interests. When Lou lived on Clems Drive, he liked to “putter” around his yard, his garden, his garage and his shed.  He always had “projects” although he started many more than he ever finished. He was a collector of everything and never wanted to throw anything away.  When Lou went to “the dump”, there were ongoing bets as to whether Lou would return with more or less. Lou was ahead of his time when it came to recycling.  Lou liked to fish when he had the opportunity especially for “brookies”. Lou always enjoyed taking a nap and he perfected the art in his later years.

Lou had a special relationship with his nephew, Capt. (USN-ret) Albert Perry and his wife, Marcia, of Middlebury, VT…formerly of Richford, VT. Lou and Al were more like brothers than uncle and nephew. Our families shared many memorable gatherings whenever Lou and Al’s Naval assignments crossed paths. Lou cherished those memories.

Our family would like to express our sincerest thanks to the entire staff at Mansfield Place, assisted living residence, in Essex, VT, where Lou and Nancy lived out their final years in safety and comfort. Lou referred to his apartment as “my home”. We extend a special salute to Bob Swan with whom Lou shared many meals and conversations.

In lieu of flowers, contributions in Lou’s memory may be made to Essex Rescue, Inc. 1 Educational Drive, Essex Junction, VT 05452 or Saint Michael’s Fire and Rescue, One Winooski Park, Box 280, Colchester, VT 05439 or your local EMT provider.