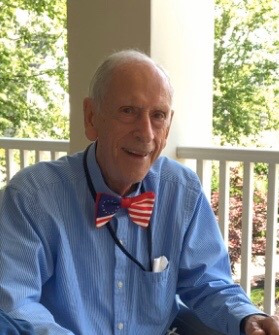 He is survived by his three children, Danny and his wife Pam Provost of South Burlington, VT, Dianne Hescock and her husband Hal of Mount Sterling, KY, and Doreen Clark and her husband Rick of Enosburg Falls, VT; a stepdaughter, Marla Simpson of Randolph, VT; his former wife and mother of his children, Charlene Plouff of Enosburg Falls; and a sister Mary Jane Gauthier of Essex, VT.

Homer was preceded in death by his brothers, Romeauld, Armand, Lucien, Sylvio, Loren, Rosaire, and Paul, and one sister MaryAnn Boyd; his second wife, Sally Simpson, and his significant other, Lucille Garthe.

He was born and raised in Enosburg Falls, VT, son of Amadee and Olivia (Eva) Jutras Plouff. He contracted polio at age 16, spent four months in the hospital and was told he wouldn’t walk again. This ended his love for playing high school basketball. He recovered and graduated from Enosburg Falls High School in 1949, received his Bachelor of Science and Accounting Degrees from Trinity College, as well as his Master of Science Degree from St. Michael’s College.

His first job was the office manager at Dr. B. J. Kendall Company (Spavin Cure) in Enosburg Falls VT. In 1955, he started teaching business education at EFHS while coaching Girls’ Basketball. In 1966 he took on coaching Boys’ Basketball and Golf. He later began teaching Business Education at Bellows Free Academy in St Albans in 1969. He accepted the role of Assistant Principal at Missisquoi Valley Union High School in 1974. He took over the Business Education and Economics department at MVUHS until retiring from the education profession in 1992 and moved to Delray Beach, Florida. While there he was employed by an IRS enrolled agent preparing income taxes for the public. In addition, while living in VT, he sold Electrolux vacuum cleaners part time for 28 years and acquired a Real Estate Broker license.

He often shared his opportunity to have served as a Little League Coach in 1953, coaching the All Star Little League team winning the Vermont and District championship, and going on to Portland, Maine in an effort to qualify for the National Championship in Williamsport, PA.

Community organizations he was involved in included being a Charter member of the Enosburg Falls Country Club and Board of Directors at Franklin Grand Isle Mental Health in St. Albans, VT.

Homer remained active in sports playing golf, umpiring baseball and softball games and assisted in managing the Legion baseball team in the Eastern Border League. In his later years, he purchased a Lowrey organ, and took lessons—proudly playing for those who would listen!

In January 2019, he moved to Mount Sterling, KY to be closer to Dianne and family.

Homer had a great sense of humor, and gift for storytelling, entertaining family and staff of Sterling Meadows with stories of his youth, childhood, and coaching days. He often related stories of growing up on a farm with his nine siblings which offered much fun and hard work as well. He shared how he and his brothers were seasonally “farmed out” to neighboring farms earning money for the family—and once had been sent back home at the age of 8 because he wasn’t strong enough to milk the cows. He and his brothers learned to box from his much older brother, a professional boxer, and he and his brother Paul put on boxing exhibitions in the summer for public entertainment! Another story he liked to tell was of coaching strategies that would engage the crowd by putting in a sixth player until the opposing fans noticed, then would pull the extra player out before the referees could count the players!

Homer and his family remain grateful for the residents, and the love and care shown by director Anthony, Wayne, staff, personal caregivers Lois and Mary Ann, and Pastor Tony at Sterling Meadows Assisted Living for having made his last year most enjoyable.

He will be buried in Swanton, VT later this year with family present.

In lieu of flowers, for those who wish, contributions in Homer’s memory may be made to Sterling Meadows Assisted Living, 209 N. Maysville St, Mt Sterling, KY 40353.