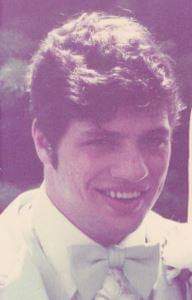 EAST HIGHGATE: James Walker Jr. passed away in the company of his loving wife due to complications from diabetes on May 4, 2020.

James was born on March 1, 1960, in St. Albans, to the late James Walker Sr. and Gloria Martell Walker.

James lived in Swanton and Highgate and attended Missisquoi Valley Union High School. He played many sports however wrestling was his favorite. He was a citizen of the Elnu Abenaki Nation. Throughout his life he held a variety of jobs, as he was skilled in several careers. A few of his positions included meat cutting for Swanton Packing, Incorporated; he also worked for Foley Railroad and Munson Construction.

James was a man of many talents. He was a beautiful artist and loved to draw. He was an avid outdoorsman and most especially loved to fish. He loved his animals from those on the farm he shared with his father to his many dogs, rabbit, a squirrel he rescued, and even a fawn that he rescued and raised when he was a boy. He was always a very strong and larger-than-life man.

More than his career or his talents, perhaps what defined James most was that he loved deeply and was fiercely loyal to his family. He spent 43 years with the love of his life Cathy Cline and had four beautiful children – Melissa, Melody, Jason, and Christopher.

Some of James’ favorite memories were growing up surrounded by many relatives, every second with his wife, game nights at the Hemenway table, fishing, and storytelling with his family. They will always remember the best of him and his lasting message to the world – love your family through their differences and always be there when they need you. Our love for you and for each other will remain unbroken through time, through generations, and beyond worlds.

Due to the current pandemic circumstances, a private burial will be at a later date.