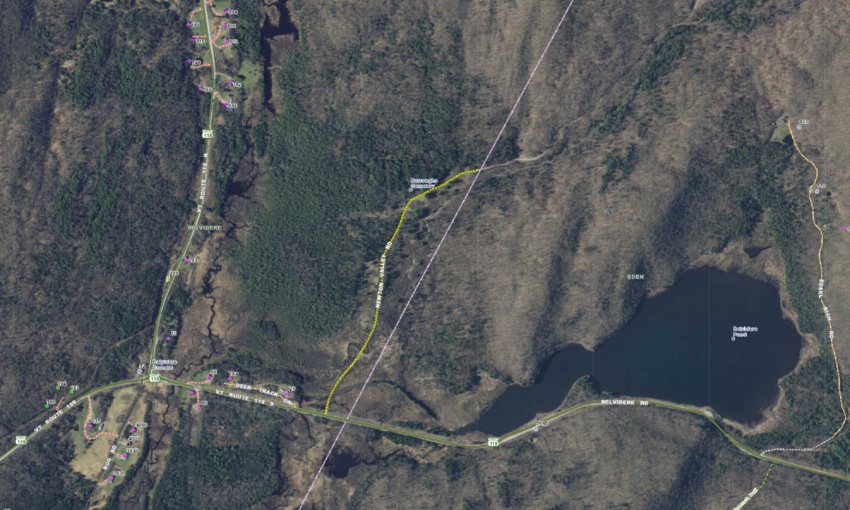 Newton Valley Road, where police say James A. Holloway Jr., 33, and James A Holloway, Sr., 66, both of Eden left an emaciated puppy to die.

BELVIDERE: Vermont State Police say a father and son left a are responsible for the death of a six-month-old puppy in Belvidere on Sunday.

According to Trooper Clay Knight, a puppy was discovered on the side of Newton Valley Road in Belvidere around 7:30 pm on Sunday evening. The animal was taken to Lamoille Valley Veterinary Services but later died as a result of a lack of nourishment.

The road is a dead-end road near the intersection of Routes 118, and 109, at the outlet of Belvidere pond- its a Class 4 highway with no homes on the road, making traffic sparse at best.

Troopers began investigating the incident, and with the help of the Belvidere Animal Control Officer, as well as other good Samaritan who came forward, leading police to the suspects, James A Holloway Jr, and Sr, ages 33 and 66 respectfully, both of Eden.

The duo, according to police, left the puppy on the roadside, knowing that it was malnourished, expecting it to die.

“The puppy was severely emaciated,” said Knight in a written statement to the media early Thursday morning, “While the puppy was receiving treatment it succumbed to its emaciated state.”

Troopers seized four other dogs from the Halloways’ residence. Those dogs will be fostered and put up for adoption at a later date, according to Trooper Knight.

The Holloways were issued citations to appear in Lamoille County Criminal Court to answer to the charge of Cruelty to an Animal.