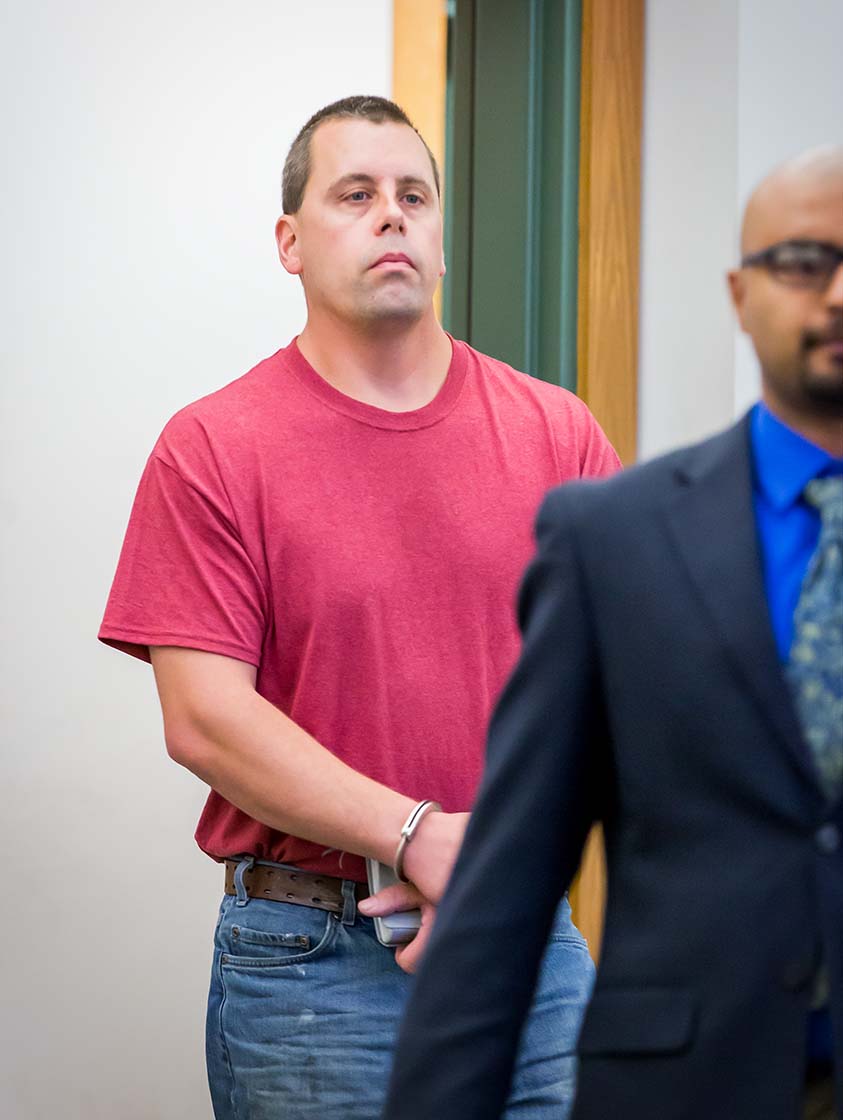 A man who was being prosecuted at the state level for sexually assaulting a young female relative has been sentenced in Federal Court to 87 months for possession of child pornography.

Shane Allen Edgerly, 44, was sentenced in United States District Court in Rutland to serve his prison time after he entered a guilty plea to one count of possession of child pornography.

Edgerly resided at his home on Route 36 in Fairfield until he was arrested in October of 2017. At that time, he was charged with repeatedly sexually assaulting a family member. He was ordered by Vermont Judge Martin Maley not to have any contact with his wife or immediate family and ordered held on $50,000 bail.

That bail was later posted by Edgerly’s parents, who took him into their custody at their Milton home.

The Feds became involved after a cyber tip from the National Center for Missing and Exploited Children. That tip indicated that the IP address at the Edgerly home in Milton had activity relating to the transmission of child pornography.

The investigation showed many images to be those of girls between the ages of 8 and 10 years old.

Homeland Security Investigators took the lead on the case, who identified Shane Edgerly as the suspect after tracing the images back to an email that was in his name.

Edgerly was known to Vermont Law Enforcement as a sexual deviant, having sexual offenses on his record dating back to 2000.

At the time of his arrest, Edgerly was considered “compliant” with the sex offender registry, and “not a high risk” to re-offend.\

According to court records, Edgerly was known for years to have been assaulting young females with whom he had contact. According to the court affidavit, the issue within the family was referred to the church elders at the Jehovah’s Witness Hall, where the Edgerlys attended in the hopes that it could be handled internally.

In 2018, before Federal Agents raided his home for electronic evidence, Edgerly allegedly admitted to investigators that he possessed child pornography.

If found guilty in Vermont on the state charges, Edgerly could be sentenced to life in prison.