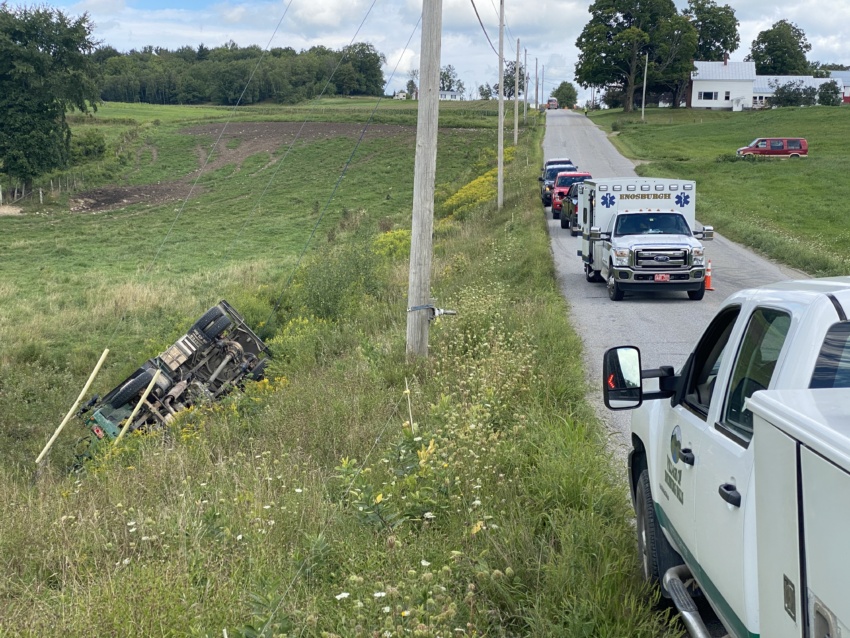 ENOSBURGH: A utility worker was airlifted to the University of Vermont Medical Center in Burlington on Thursday afternoon after a workplace accident just off Boston Post Road in the Town of Enosburgh.

Alan Plouff, a linesman for the Village of Enosburg Falls, was taken by LifeNet air transport to UVM Medical Center after the truck he was working near rolled over and into the western ditch of Boston Post Road just after 11:30 am, Thursday morning. That’s according to Vermont State Police Trooper Audrey Currier.

Currier said the State Police responded to the scene, but when the accident was determined to be a workplace accident, not a motor vehicle crash, the investigation was turned over to VOSHA.

The Trooper also said that Plouff was transported with what she believed to be non-life-threatening injuries.

According to Currier, the little investigation that she did on scene, indicated that Plouff was working next to the bucket truck when something happened, and the truck rolled into the ditch. Plouff was under the truck at one point when it rolled, but was not pinned under the truck.

Crews from Enosburgh Fire Department and Enosburgh Ambulance responded to help with the rescue, according to Currier.