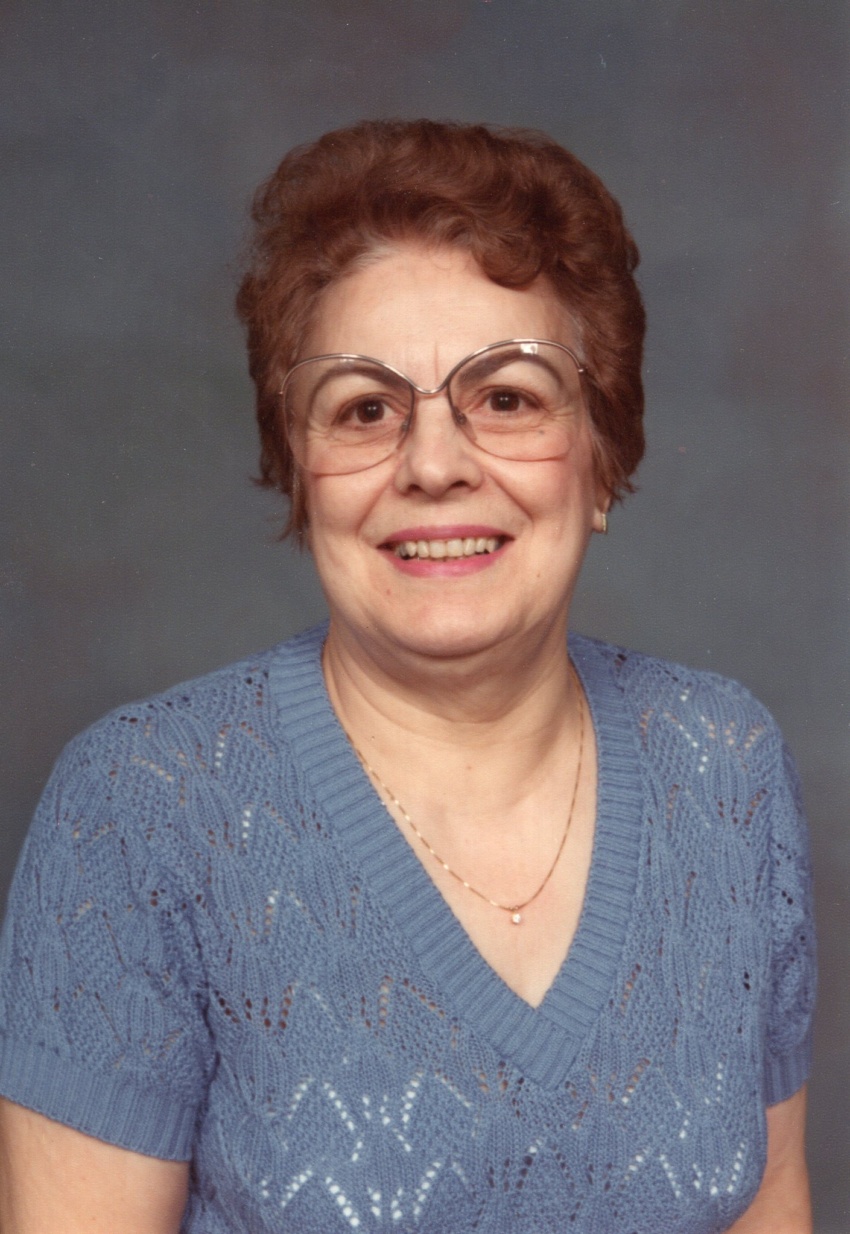 Antoinette was the 5th oldest child of 13. Her family moved to the United States in 1929. She attended schools in Canada and Fairfield, Vermont. Before WW II she moved to Waterbury, Connecticut to work in the factories. She decided she liked working in restaurants better, so for 40 years she worked in area restaurants in and around Milford.

After Walter died, Antoinette moved back to Vermont to be closer to her brothers and sisters. She joined the Ladies of St. Anne at the Nativity Parish and for many years was active in helping with the bereavement lunches. Antoinette was proud to be a Life Member of the VFW Auxiliary and she was very active in the Swanton chapter. She marched in many July 4th parades, holding the banner proudly. She made new friends and traveled on bus trips to many different locations. She loved working on crafts. She knitted, crocheted, quilted and glued. And nothing gave her more pleasure than to gift the items she made to family and friends.

Antoinette is survived by her daughter, Jeanette Weiland of Swanton; sisters, Jeannine Fortin of Highgate, Teresa Coleman and her husband Fred of St. Albans, and Lillian Bourgeois of Swanton; her brother, Andrew LeDuc of Florida; a god daughter, Linda Scofield of California; and many nieces, nephews and cousins.

Besides her parents, she was predeceased by her husband Walter Gutenberg in 1982; her son Wayne Gutenberg in 1991, both of Milford, Connecticut; son-in-law Charles Jay Weiland in 1995 of East Haven, Connecticut; brothers, Gerald LeDuc, John LeDuc, Roland LeDuc, and George LeDuc; and sisters, Lucile Bombardier, Mary Roy and Claudette Peck.

The family would like to thank Our Lady of the Meadows and St. Albans Health and Rehab for the compassionate care she received over the years.

In keeping with Antoinette’s wishes, there will be no calling hours.

A Mass of Christian Burial will be held on Wednesday, September 16, 2020, at 2:00 PM at the Church of the Nativity of the Blessed Virgin Mary, 65 Canada Street, Swanton, VT 05488. Interment will be private and held at the convenience of the family.

In lieu of flowers, contributions in Antoinette’s memory may be made to your local church or the Alzheimer’s Association, VT Chapter, 300 Cornerstone Drive, Williston, VT 05495.