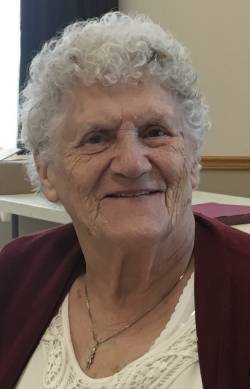 ST. ALBANS: Arrietta J. Demar, a lifelong area resident passed away Sunday, September 27th, 2020, at the McClure-Miller Respite house with her family at her side.

Born on January 6th, 1926, in Franklin, she was one of seventeen children to the late Henry and Violet (Cleverley) Jones. Arrietta was 94 years old.

Arrietta was a housekeeper for several area families and worked in the kitchen at a local restaurant.

Due to COVID-19, visitation will be private for her family.

Assisting the Demar family is the Heald Funeral Home, where messages of condolence are welcome at www.healdfuneralhome.com.