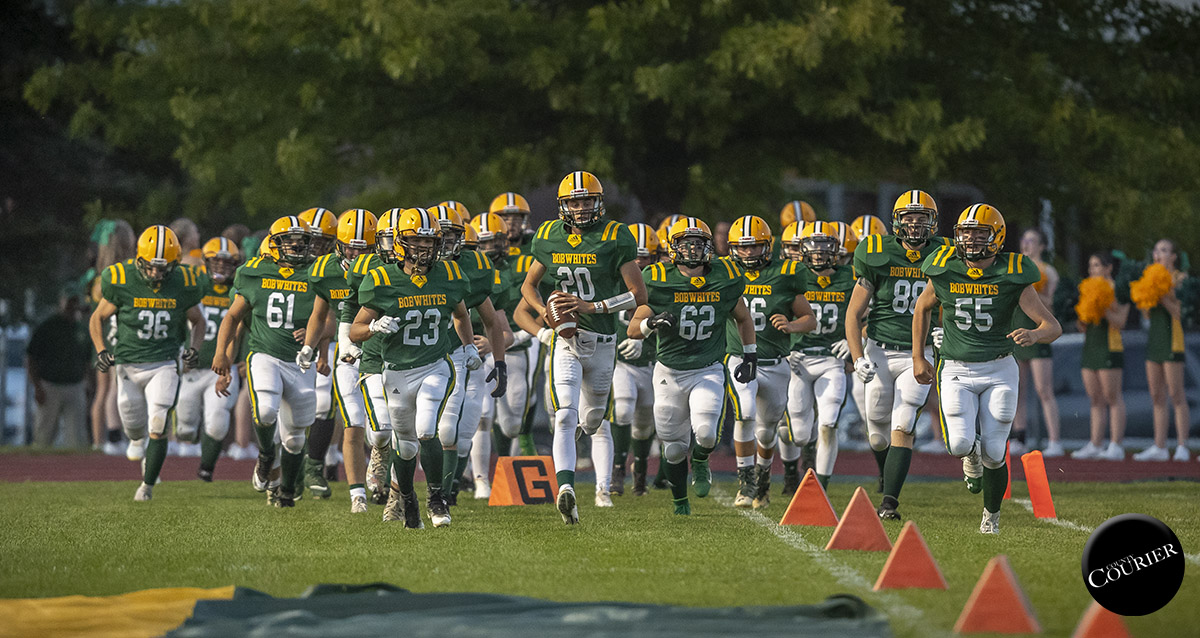 ST. ALBANS – The athletic directors of the five Franklin County high schools met by Zoom on Tuesday morning to layout policies for spectators ahead of the anticipated start of fall sports, which is allowed under state guidance beginning this Saturday.

In short, all fans in attendance at local games will be required to wear a mask while at games and attendance will be limited in order to stay in line with state guidelines limiting gatherings to no more than 150 people. Players, coaches, trainers, and media do not count toward the 150 people in attendance.

“I think it’s really important to just say that nobody is out here trying to negatively impact the student experience,” said Witalec-Krupa. “But we have to play with the cards we’re being dealt.”

Witalec-Krupa’s BFA-Fairfax is in the middle of the pack in regard to school size in Franklin County. Policies at a large school like BFA-St. Albans will need to look different than those at small Richford.

Three schools – BFA-St. Albans, Missisquoi and Enosburg – will utilize a voucher system in which players on each fall team are provided a certain number of passes, based on roster size, for each game to provide family members. These passes will be required to gain admission to any game and those without passes will not be allowed to enter. Athletic directors will communicate with each other in order to provide these same vouchers for away games, a practice BFA-Fairfax will participate in as well.

“We’re really going to focus on communication so there’s no confusion on the day of the event,” said Sorrentino.

Each athletic director echoed the need to limit on-site issues and they’re counting on support from the community to make a challenging time a little easier. At BFA-Fairfax, only family members of athletes (max. of four per athlete for soccer and three for football) will be allowed but Witalec-Krupa said if that number is below 150 spectators, students will be allowed on a first-come basis until the maximum is reached. If problems arise, Fairfax will move to a voucher system like the other schools are utilizing.

All four schools with fan limitations this fall said they hope the process will be smooth and they expect supporters to follow guidelines and be patient. The hope is that there won’t be need for stern enforcement, but each school will be as proactive as necessary in making sure policies are followed. The goal is a safe environment for student-athletes.

At BFA-St. Albans, Missisquoi and Enosburg, students won’t be part of the gallery unless they are provided vouchers as part of a player’s family. Richford doesn’t expect to need to limit crowds but will ensure guidelines are being followed and may utilize vouchers for rivalry games.

Everyone on Tuesday’s call expressed sorrow at not being able to have student sections at games but acknowledged the realities of COVID-19 simply don’t allow for full stands right now.

“It’s going to pretty much eliminate students coming to games unless they’re coming with their parents, which is unfortunate but it’s the cards we were dealt,” said Marlow. “The other option is not having games at all and, as we’ve said, this season is more about participation than competition.”

The five athletic directors kicked around the idea of having a couple of designated games this fall where students will be entitled to attendance vouchers. If such events are possible, plans will be announced down the road.

Guidance from the state is still changing and being released week to week. A press conference this morning by Governor Phil Scott is expected to address fall sports, which have already seen games pushed back from what was supposed to be a start this week.

Though games are going to be allowed, beginning on Saturday, Secretary of Education Dan French cautioned that the state may have to stop allowing interscholastic play in order to combat the spread of COVID-19.

French said he hoped to have guidance out to the public on what the State would require for Winter sports before the end of October.

The County Courier will bring you tentative schedules in this week’s edition and plans to bring you robust coverage so you can follow your favorite local teams this season, even if it’s from afar.