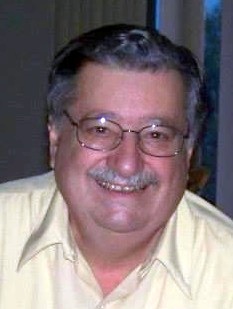 HIGHGATE: The family of Walter “Carter” Bushey is saddened to announce his passing on September 2, 2020 at the age of 75, after battling dementia.

Carter was born November 15, 1944, in Highgate Falls, VT in his family home of the late Walter and Lila (Hazen) Bushey.

Carter graduated from the Highgate School in 1963.  He enjoyed playing basketball and was known to be a good player. On June 4, 1966 he married his wife Gisele (Gagne) and raised his family in Highgate Center, VT.  Carter began his career at Westley Menard Bottling Company delivering soda to stores and also worked alongside his father (Walter Bushey) as an electrician. His father taught him this trade from when he was a child, into adulthood. He then pursued the rest of his career at IBM for 36 years.

Carter loved playing the role of “Santa Claus.”  He had many children sit on his lap over the years telling him what they wanted for Christmas at the IBM Christmas parties, family homes, campground holiday parties, and at a nursing home where his mother-in-law, Dora Gagne, lived. It gave him so much joy to see the children’s faces and to whisper in his ear of what they wanted Santa to bring them for Christmas.

Carter was a generous and caring man that people could depend on whether it was lending a helping hand or volunteering for events. He volunteered many years as a Little League Baseball Umpire (mostly behind home plate), an as a Bingo caller at churches, the Franklin County Senior Center, VFW and the American Legion Post #1, of which he was a member of both. He also cooked breakfast for the Franklin County Field Days 4-H Food Booth, monitored car parking for the VT Maple Festival Craft Show, volunteering at several community fundraisers, and helped family and friends with their home electrical installations.  He was always called upon to be the Master of Ceremonies of family weddings and all family gatherings.

Carter was an avid hunter spending many seasons hunting deer, ducks, and geese with his family, friends and son-in-law Luc Deslandes. He enjoyed fishing, especially deep sea fishing with his father, brothers-in-law and friends.

Carter enjoyed spending time with family and friends. He enjoyed socializing with anyone that would stop and chat with him. His quick wit and sense of humor entertained everyone he met. During camping season, his family always enjoyed many laughs listening to him tell jokes around the campfire.

Carter had several hobbies over the years including playing in a men’s softball team and bowling league.  He also enjoyed hunting, boating, fishing, traveling, camping, horseshoes, snowmobiling, Bingo, card playing, going to casinos, fairs and festivals. He loved dancing with his wife, which their favorite dance moves were to Rock Around the Clock.

Carter was a loving husband and father, who thought the world of his wife, Gisele, and their two daughters Michelle and Julie.  His girls meant everything to him and he always enjoyed spending quality time with them. He especially loved picking on his daughters, by calling them Brat #1 and Brat #2.

Carter is survived by his wife Gisele, of whom he cherished their 54 years of marriage, his daughters, Michelle Deslandes and her husband Luc of St. Albans, Julie Bushey and her partner Bill Holbrook and his son William of Highgate, his sister Judy Laroche and her husband Allen of Highgate Springs, his sisters and brothers-in-law, Beverly Gagne, Rhoda Gagne, Gloria Tetreau, Elaine Gagne, Mary Gagne, Mariette and Raymond Lemery, along with several aunts, uncles, nieces and nephews.

He was predeceased by his parents, his father and mother-in-law Joseph and Dora Gagne, several brothers and sisters-in-law, aunts, uncles, nieces and nephews.

We would like to send a special thank you to Carter’s neighbors, Steve and Debbie Mulheron for all the times they had spent with him. He enjoyed their company and appreciated their time in taking him for joy rides, running errands and dining out when he couldn’t drive anymore. To the McCuin family that never hesitated to give a helping hand and to David Desorcie, for doing grocery home deliveries. We also want to thank the Northwestern Medical Center staff for taking such good care of Carter in his final days.

Per Carter’s request, there will be no calling hours. A graveside ceremony will be held Saturday, September 12, 2020, at 11:00 AM in the Bushey family lot in Mount Calvary Cemetery. A celebration of his life is being planned for a date, time and place to be determined. Carter’s family has asked that in lieu of flowers, memorial donations be made to the Catch A Dream Foundation, 2485 Ennis Road, Starkville, MS 39759, or online at www.catchadream.org/inmemory. Please indicate “In Memory of Walter Bushey.”

Arrangements are entrusted to the Brady & Levesque Funeral Home, where online condolences and memories may be shared with his family and friends at www.bradyandlevesque.com.