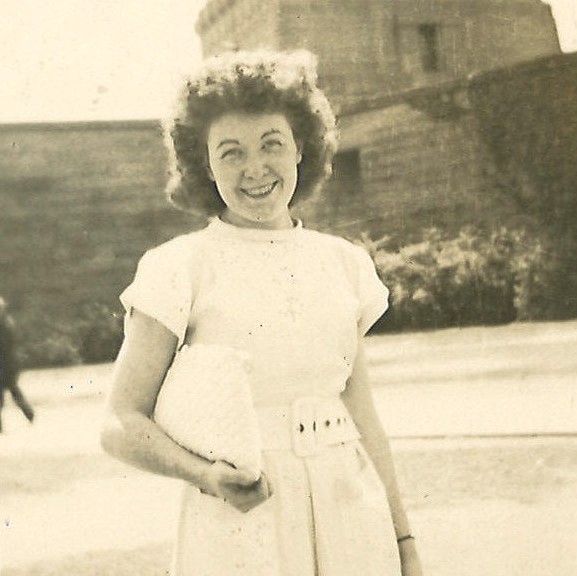 SAVANNAH, GA: Evelyn Lefevre Bruyette, 98, passed away Sunday, October 4, 2020, at her residence in Savannah, Georgia.  She was born August 21, 1922 in Westfield, Vermont, the daughter of Alcide and Maude Deuso Lefevre.

Evelyn was schooled at Montgomery Junior High School. She worked at York Manufacturing and during WWII she worked at Bell Aircraft in Burlington, Vermont.

She met her husband David after the war and they were married June 21, 1947 in Swanton, Vermont. Evelyn spent her next 30 plus years mothering five children and helping her husband in their grocery store. She belonged to the Ladies of St. Anne at the Church of Nativity of the Blessed Virgin Mary. They eventually retired to Savannah, Georgia and have been members of St. James Catholic Church during her last years.

Evelyn was preceded in death by her brothers, Gordon and Carmi; sister, Louise; husband, David and daughter, Linda.

A memorial Mass will be held at a later date at St. James Catholic Church.

She will be interred at St. Mary’s Roman Catholic Cemetery in Swanton, Vermont at a later date.