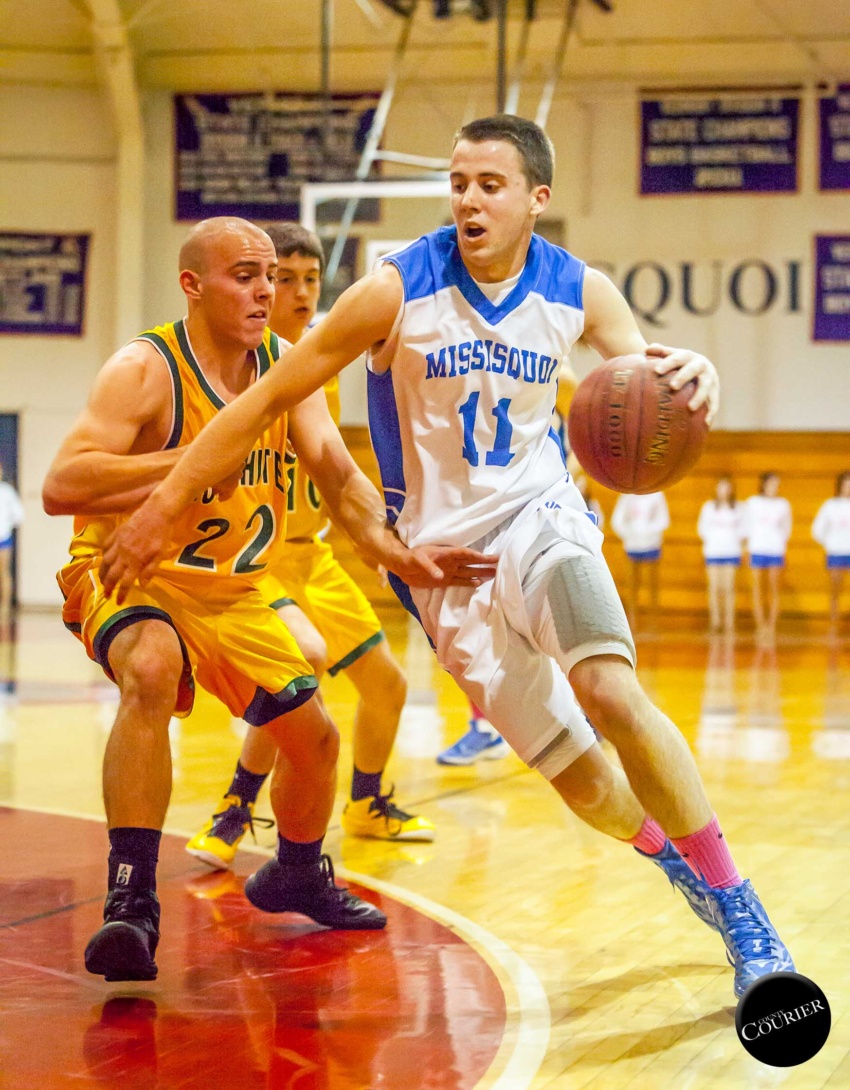 MONTPELIER — Five all-star student-athletes, five outstanding coaches, one excellent official, and one exceptional contributor have been selected for the 2020 Hall of Fame class for the Vermont Principals’ Association- and two of those athletes are from Franklin County.

“This group will be formally inducted on Friday, May 1 at the Capitol Plaza Hotel and Conference Center in Montpelier,” said Mallori Longevin in a written statement Tuesday afternoon. “Social hour begins at 5 p.m., a buffet dinner at 6 p.m. and the induction ceremony at 6:45 p.m.”

Matt St. Amour was an outstanding four-sport athlete at Missisquoi Valley Union High School from 2008 through his graduation in 2013. During his time at MVU, he played in seven championship games, including winning three state titles in 2010-11 (soccer, basketball, and baseball). Among many awards, he was the Burlington Free Press Male Athlete of the Year for both 2012 and 2013.

Gatorade named St. Amour the Vermont High School Basketball Player of the Year for both 2012 and 2013, tallying up an incredible 2,064 points while at MVU, ranking him 5th in Vermont high school career scoring.

Maria Gleason was a three-sport star athlete at Enosburg Falls High School from 2005 to 2009. She was the star shortstop for the Hornets in their 2007 State Championship, at the time it was Gleason’s second softball championship in three years for the Hornets.

She was a three-year star center half-back for the soccer team and a four-year starting point guard in basketball. On the court, Gleason led her team to four straight Barre Auditorium Final Fours, including two state championships.

She was Player of the Year in the Mountain Division and was the first Enosburg female player to record over 1,000 points. Her achievements also included racking up 400 steals, 400 assists, and 400 rebounds in her high school career.

Jose “Joe” Batista, who has been an educator and soccer coach at North Country Union High School in Newport for the past 39 years. He helped lead both the boys’ and the girls’ soccer programs, including a boys’ state championship in 1998. He directed the girls team to its most successful season in school history this past year. Batista has run soccer programs in the area since 1985 and finished his coaching career at NCUHS this year with an overall record of 241-214-53. Batista lives in Newport.

Jenny Everett was a two-time All-American and three time state champion field hockey player at Rutland High School. She was a four-time state champion in the 1500m/3000m for outdoor track. She also helped win a state championship while playing on the boys’ hockey team in 1995. Everett was her high school class’ valedictorian before attending Wake Forest. Among many other awards and accomplishments while at Wake Forest she was a college All-American in field hockey and had her number retired there. She was also on the U.S. National Team for the 2002 Field Hockey World Cup. Everett lives in Fairfax, Va.

Buddy Lamothe was a three-sport all-league athlete in football, hockey, and baseball at Lyndon Institute. While Lamothe was a decorated athlete in football and hockey, he really shined in baseball. Lamothe played collegiate baseball for San Jacinto College in Houston after being the Vermont High School Player of the year in 2009, leading the team to the state championship with a 7-0 record, a 0.28 earned run average, and striking out an average of almost 16 batters a game. Lamothe’s overwhelming skill and focus on the mound had him drafted by the Houston Astros in the 2011 Major League Baseball draft, but a serious injury impacted that path. Lamothe has since turned his talents to coaching. Lamothe lives in St. Johnsbury.

Jim McCaffrey was an outstanding basketball player at Rutland High School, scoring 1,111 career points. In 1981, his senior year, McCaffrey averaged over 31 points per game. Many remember his leading role in a classic Vermont semi-final game between Rutland and Rice Memorial. In that nail-biter win, McCaffrey scored 48 points, was 18-22 from the field, and 12-12 on the foul line. McCaffrey played for St. Michael’s College for two years, totaling 839 points there, and then two years with the college of Holy Cross scoring another 1,178 points. He was drafted by the NBA Phoenix Suns and had a tryout with the Boston Celtics. McCaffrey lives in London.

Jose “Joe” Batista has been an educator and soccer coach at North Country Union High School in Newport for the past 39 years. He helped lead both the boys’ and the girls’ soccer programs, including a boys’ state championship in 1998. He directed the girls team to its most successful season in school history this past year. Batista has run soccer programs in the area since 1985 and finished his coaching career at NCUHS this year with an overall record of 241-214-53. Batista lives in Newport.

Tom Blackbird enjoyed a long and successful educational and coaching career at Fair Haven Union High School for over 40 years. He coached baseball teams to six state championships from 1982-1993, winning three titles and going 177-37 over that time. Blackbird also coached junior varsity football, varsity wrestling (11 years), and varsity softball. Tom also served as a longtime umpire, bringing the highest level of professionalism to the game. He served as the plate umpire for multiple state championships in baseball and softball. Blackbird lives in Whitehall, N.Y.

David Gale was the advisor to the debate program at Otter Valley Union High School in Brandon for 50 years. Founding the program in 1963, Gale led the program to 23 Vermont state Championships in varsity debate, and 15 Vermont State Championships in novice debate. Gale earned 22 Coach-of-the-Year awards. Gale also coached varsity baseball for seven years and junior varsity baseball for 17 years. Gale passed away in 2014. He is lovingly remembered by his friends and family.

Paul Remick has been at the helm of Danville High School varsity softball for 36 seasons. In that time, Remick has 383 wins, and has coached in 11 state championship games, winning five. He has had a positive effect on thousands of young players, coaching fundamentals, and helping each player develop skills and sportsmanship. Remick has coached in multiple sports across a range of ages. He lives in Danville.

Richard “Doc” Seubert taught and coached student-athletes for over 40 years at Middlebury Union High School. Seubert began coaching the boys’ varsity soccer team in 1977 and for most of his 44 seasons, also coached baseball. Seubert was and is still well known for his willingness and skill in counseling new coaches. Seubert has been honored as Vermont Large School Coach of the Year and Lake Division Coach of the Year, and was actively involved in the Vermont Soccer Coaches Association as a member and officer. Seubert lives in Ferrisburgh. Official

Alan Libardoni has been one of Vermont’s most highly regarded basketball officials and baseball umpires for the past 35 years. Libardoni has been the lead official in countless basketball games, including many Vermont state championships. His level of expertise has been called upon to referee NCAA Divisions I, II, and III as well. He has been a mentor to generations of new officials, especially in southern Vermont. Libardoni has also helped to develop a two-day officiating camp in conjunction with Castleton University to recruit and train more officials. Libardoni lives in Brattleboro. Contributor

Doug MacPhee was the voice of the Bellows Falls Union High School Terriers for over three decades. He has helped to make athletics a positive experience for student-athletes, coaches, fans and families in many ways. MacPhee has supported the community with his photography, sportswriting, as the longtime public address announcer, and with his statistical know-how. He is a fixture at sporting events at Bellows Falls, but also is a familiar face across the state — no matter the sport. The community, in 2005, christened the “Doug MacPhee Press Box” at Hadley Field. MacPhee lives in Bellows Falls.