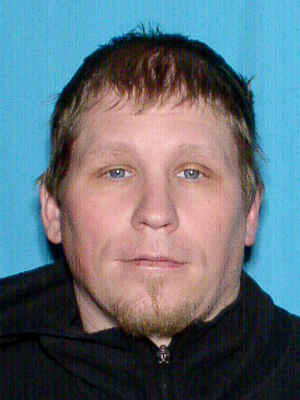 Vermont State Police are looking for 43 year-old Jason Lamos of Highgate, amid an investigation for domestic assault.

According to Trooper Dylan LaMere, Lamos has been attempting to edule law enforcement since the June 19th incident on Middle Road in Swanton where the charges stem.

Lamos is accused of assaulting and restraining the victim at his residence. During the incident caused, Lamos allegidly caused enough injuries to the victim that they required medical attention.

Trooper LaMere said this is not the first incident where Lamos allegedly assaulted the victim, and he has a criminal history for domestic assault.

Lamos was arrested by St. Albans Police in 2019 after a domestic violence investigation on Pearl Street. During that incident, Lamos barricaded himself inside the residence to avoid contact with police. When police forced their way inside the residence, he tried to hide from police on the roof of the home.

Lamos is known to drive a 2010 silver Ford Focus with Vermont registration HKF116, according to police. He is believed to be in the Highgate or Franklin area.

If you have any information on the whereabouts of Lamos, you are asked to contact the Vermont State Police in St. Albans at (802) 524-5993