State Representative Cynthia Weed sent her supporters a survey two weeks ago, asking for their opinion on gun safety issues.

The poll coincided with the Vermont House taking up S.55, a controversial bill that was modified in the House to include provisions that would increase the age citizens could purchase weapons to 21 years old, ban the sale of high capacity magazines, mandate background checks on all gun sales, and criminalize the possession of bump stocks.

The House would later approve several amendments to the bill to allow citizens under the age of 21 to obtain firearms in certain circumstances.

The way the poll was set up, however, it allowed people to respond as many times as they wanted, and it used the honor system to determine where they were from.

The County Courier submitted a Freedom of Information Act request to obtain the data from the poll, but instead of turning over the entire spreadsheet of data compiled, Weed, through her publicly funded Legal Council, turned over a summary of the responses generated by Google Forms.

A request for comment from Weed was not received as of deadline on Wednesday, but Weed’s legal Council, Helena Gardner, said in a written statement “After posting the survey on March 22nd, because of the survey tool used, Rep. Weed quickly realized that the results would be unreliable.”

The survey remained public and accepting responses for at least another ten days.

Gardner said that Weed had not looked at the survey since the morning after it was posted online because she had written it off as unreliable information.

Indeed, the poll did seem to be unreliable, at least for some of the numbers.

Weed’s district of Enosburgh and Montgomery have approximately 3,077 registered voters, but there were 3,847 responses to her poll, according to the summary returned to the County Courier by Gardner.

Out of the 3,846 responses, 90% said that they did not support additional gun laws.

The County Courier’s poll last month had similar numbers, but was run a little differently; we required respondents to register their email address in order to cut down on the possibility of the same person responding more than once to a single poll. The County Courier also notified poll takers that their email addresses would not be correlated with their answers in order to protect their identity.

In the County Courier poll, only 51% of respondents said they did not support any new gun regulations in Vermont, but that poll was also taken about a week after a high profile mass shooting in a Florida School caused widespread backlash against the gun community.

Weed’s Legal Council said part of the concern over the integrity of the poll was that people could say that they were from her district when they were not.

Many of the remaining responses were from areas outside the County, much less outside the Franklin-7 district Weed represents, such as Burlington which had a reported 102. There were a total of 1,438 responses that were not counted into a single town, but were instead reported as “other.”

If the entirety of the information had been turned over to the County Courier, as required by law, and requested by the County Courier in multiple telephone calls and emails, we could have broken down the results that said they were from Montgomery and Enosburg. Those requests continued to go unanswered on Wednesday.

Weed also included a comments section in the poll that would allow respondents to tell her their thoughts in their own words.

Many of the responses focused around the idea that gun rights are protected under the State’s and Federal constitution, while others were in favor of some sort of gun control, including one comment that recommended a limit on the number of rounds that any one person could purchase in a given day, month, or year.

Other survey comments became more personal, including one that called Weed a “hippie” and another that said “I’ll be watching. If the state wants to take away my weapons I’ll take away the state. It’s what should have been done in all the socialist and communist countries. MAKE AMERICA GREAT AGAIN! That’s why I’m taking you down. Glad it won’t be hard at the polls.”

Weed may be able to identify each person who left comments or responded to the questions if they also left their email addresses. The County Courier was unable to see any more than the initial responses, having been denied that information by Weed’s Legal Council in the initial public information request.

Although the poll was initially posted on Weed’s Facebook page and sent out to her followers through a mass email, the poll was later shared by Facebook groups representing both sides of the gun control debate, likely adding to the unreliability of the poll.

Ultimately, Weed ended up voting for S.55, as well as several other gun-related bills.

S.55 ultimately passed the Vermont Senate with a vote of 13-7 last week and is expected to be signed into law by Governor Phil Scott. Both Franklin County’s Senators voted against the bill, as did the original presenter of the bill, Senator Dick Sears, a Democrat from Bennington.

“It is unfortunate that I am forced to vote no on a bill that I reported and sponsored. When I have looked at firearms restrictions I have been guided by one principle; will the proposed legislation keep firearms out of the hands of individuals who should not possess them,” said Sears as he submitted his ‘No’ vote last week. “In addition, this section may very well be unconstitutional under the Vermont Constitution,” Sears added. 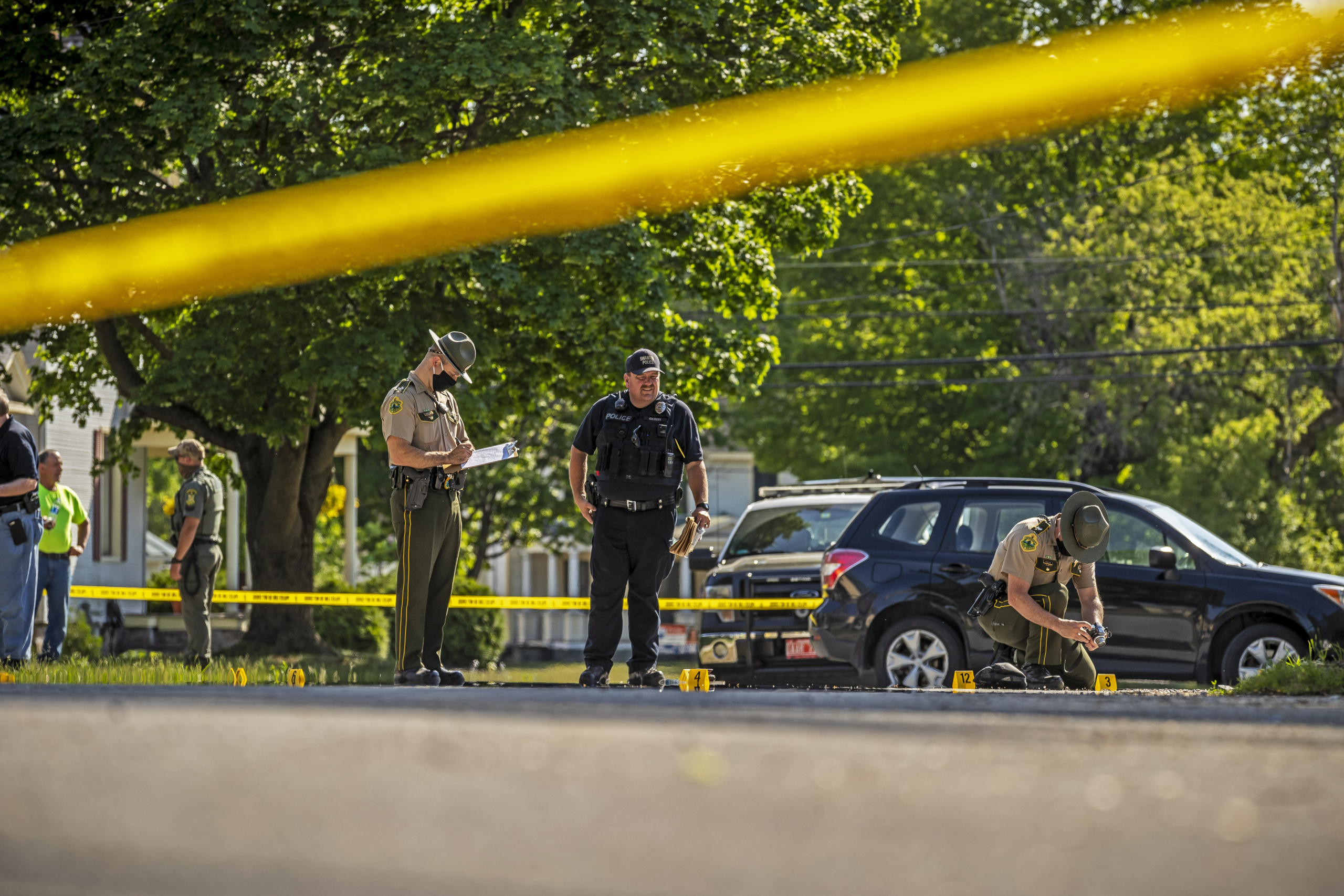 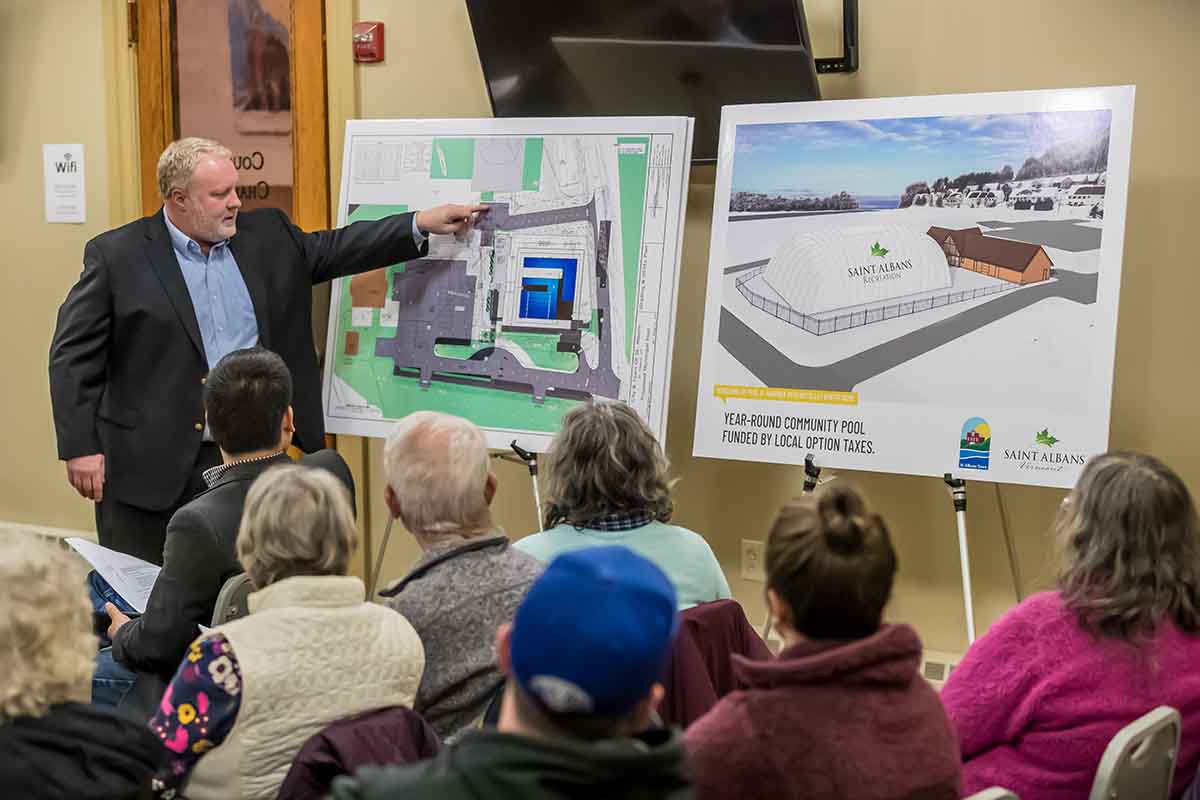 GRATTON’S DEFENSE PRESENTS AN EXPLOSIVE SIDE OF SHOOTING VICTIM