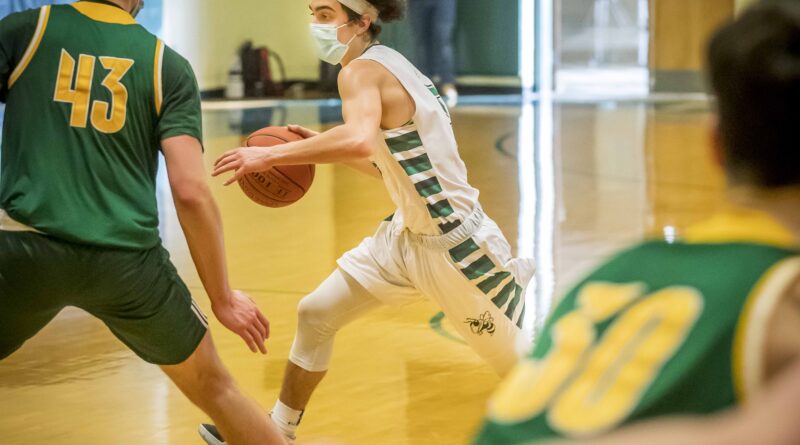 ENOSBURG: The Enosburg boys basketball team’s game against BFA-St. Albans on Saturday was almost a reflection of the teams’ season as a whole. After a slow start where they were down 10 after the first quarter, the Hornets battled back and finished with a bang.

With 16 seconds to go coming out of a timeout and the score tied 36-36, Owen McKinstry hit a 3-pointer from the top of the key to give the Hornets the 39-36 win over the Div. I Bobwhites.

“We knew coming in it was going to be a battle,” said McKinstry. “This was essentially our first playoff game with the type of intensity and the type of game it ended up being.”

It was a big win for the Hornets to end the regular season where they finished 4-4 in the midst of a very tough schedule playing a lot of Div. I and II opponents.

The regular season shaped up similar to where the team was last year going into the postseason where they finished 10-10 and ended up making a run to the championship after playing a lot of teams out of their division.

With 16 seconds to go in the game, McKinstry took an inbound pass out of the timeout and passed over to Shea Howrigan, who flipped it right back to McKinstry at the top of the key and he buried his shot to give the Hornets the lead.

The Bobwhites had a chance to tie the game, but their shot came up short as time expired.

“We were looking for a high ball screen and I found Shea in the corner,” said McKinstry. “My guy seemed to get caught in traffic and Shea did a great job of getting the ball back to me up top.”

During Saturday’s game the Bobwhites jumped out to an 11-1 lead after the first quarter with their defense on point and five different players scoring.

The Bobwhites kept the Hornets at arms reach for most of the second quarter before they were called for three charges in a span of a minute and a half that started to give Enosburg some momentum and allowed them to claw their way back in making it a 29-26 game by the end of the third quarter.

“It’s intimidating going up against a team with as much size as BFA,” said Lovelette. “We almost had what we call alligator arms out there to start just trying to see who was going to block our shots. We just had to be tough out there against a much bigger team and we didn’t back down and made all the tough plays. It’s not easy to step in front of some of those guys and take a charge.”

McKinstry was clutch for the Hornets in the second half scoring 11 of his game-high 14 points in the half, including hitting 6-of-7 free throws in the half.

It was a tough way for the Bobwhites to finish the regular-season after holding a big lead early in the game.

“Early on, our timing and our offense were in rhythm and were smooth,” said BFA coach Matt Toof. “We kind of got away from that in the second half, especially early on. We were able to make it tight toward the end, but it was too little, too late.”

It was a big win for Enosburg, who almost certainly assured themselves a home playoff game in the first round of the Div. III playoffs where a loss would have most likely sent them on the road in the playoffs.

“This was a great test for us to end the regular season,” said Lovelette. “It definitely had like a playoff type feel to it.

“I told the guys before the game that we needed this game if we wanted another game on this court,” he added. “Being around the five-seed or so is a great spot for us going into the playoffs.” 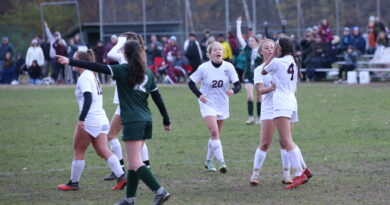 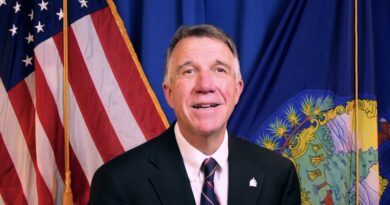 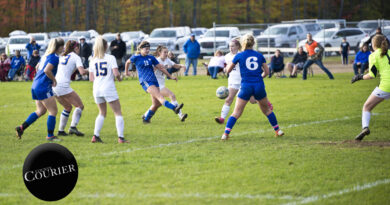