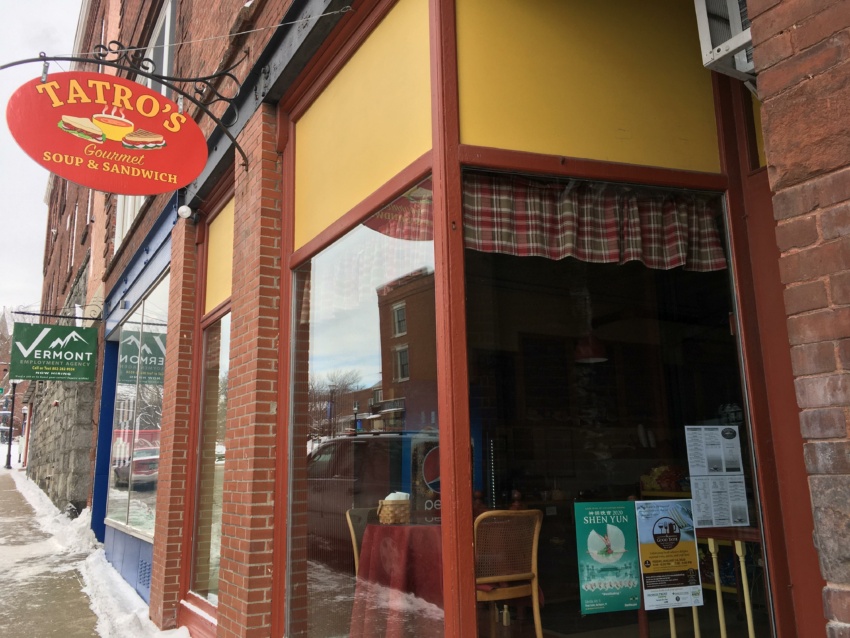 ST. ALBANS: Downtown St. Albans workers were surprised this week to find the lights off and a paper sign on the door of Tatro’s Gourmet Soup & Sandwich on Kingman Street. Prospective customers were greeted by a handwritten message taped to the door, stating that the business was temporarily closed due to construction. Sources say the closure is not temporary and employees are now looking for new jobs.

The lunchtime staple had not announced construction or renovation plans in the storefront or on social media, and no construction permits have been filed with the City of St. Albans, according to a worker in the permitting department there.

A text message, obtained by the County Courier, sent to employees on Sunday by the restaurateur, Tony Helias, did not mention construction and cited “personal and financial issues” as the reason for the closure.

Helias also apologized for the short notice to employees. He told employees they would receive a final paycheck on Monday and employees confirmed they did receive that pay.

The message to employees also indicated optimism that the shop would reopen under new ownership in the future but that plans were far from concrete. No potential reopening date was given.

The County Courier left a message with Helias and has sent an email asking for clarification on the closure and any potential construction plans. No message was returned as of press time. Calls made to the shop rang unanswered and nobody was in the shop at lunchtime on Monday or Tuesday.

The County Courier will have more information as it becomes available.