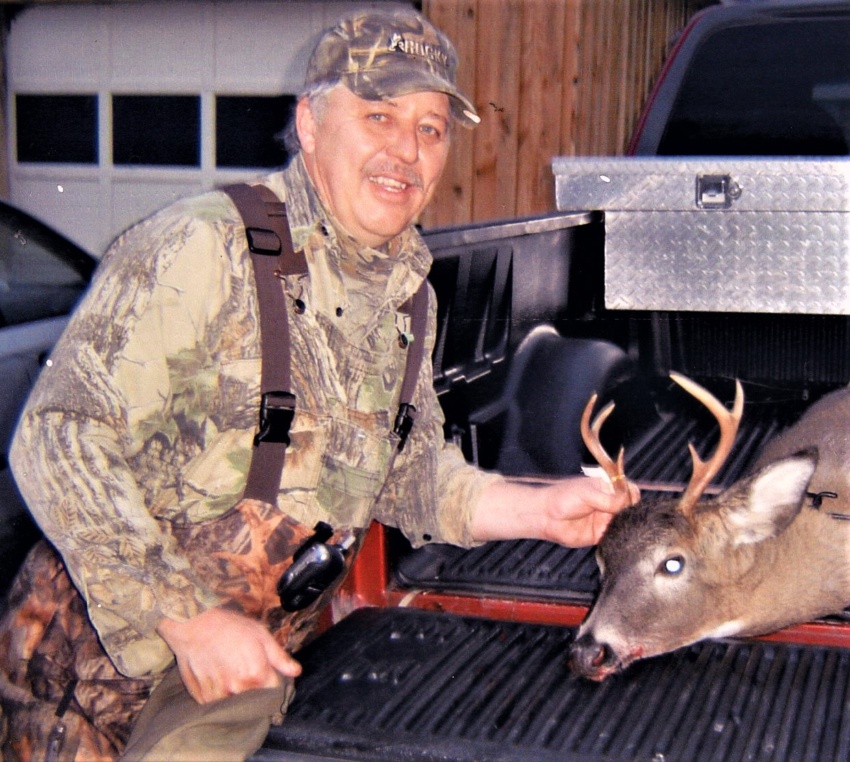 HIGHGATE: Steve R. Cadieux, age 66, passed away peacefully on Friday, August 7, 2020 at his home surrounded by his loving family, after a 14-year battle with Parkinson’s Disease.

Steve graduated from BFA St. Albans and began a lifelong career as a Machinist at Vermont Precision Tools from 1972 to 2013. He was the proud recipient of the very first Employee of the Year award. Steve and Nancy got married in 1975 and started their family. When Steve had free time, he could be found listening to and singing classic rock, especially the Eagles. Hunting and fishing were two of his favorite hobbies, especially hunting trips with his boys. The stories and laughter that followed the trips will never be forgotten. He never passed up an opportunity to spend quality time with his beloved grandchildren. Steve’s willingness to lend a helping hand with any project, which was always accompanied by his great sense of humor will be missed by all who knew him.

The Cadieux family would like to express their sincere appreciation to Rebecca Menard and Candace Cadieux for the exceptional care and companionship they offered Steve.