MILTON:  Donovan M. Couture, 49, passed away on Friday afternoon, December 30, 2016, in the presence of his loving wife, daughter and many other family members, in the University of Vermont Medical Center in Burlington as a result of a lifelong battle of Cystic Fibrosis which entailed a double lung transplant, kidney transplant and many other complications.

Donovan was born December 23, 1967 in St. Albans, the son of Donald predeceased and Patricia “Penny” Harrod Couture. He grew up in Grand Isle graduating from Colchester High School in 1985. On July 23, 1988 he married Jacelynn “Jacie” Pinette in Colchester. In August 1994 Jacie and Donovan adopted a beautiful baby girl, Tiffany Kia.

Donovan was a family man, he enjoyed spending time at horse shows, being home to watch a good New York Giants game, fishing and boating with Steve Rexford, golfing and woodworking. He especially enjoyed being his daughter’s biggest fan at her performances as a singer/songwriter.

Donovan is survived by his wife, Jacie and their daughter, Tiffany of Milton. His mother, Penny Couture of Milton and his twin sisters, Connie Desranleau and her husband, Garrett of Milton and Candy Piche and her husband, Jeff of Colchester. His grandmothers, Gladys Couture of Franklin and Alice Piche of Winooski. His father and mother in law, Donald and Rachel Pinette of Milton. His sisters in law, Jolene Lovejoy and husband, Ed of Colchester; Jodie Millette and husband, Michael of Fairfax; his brother in law, Donald Pinette Jr. and fiancé, Hannah Lyford of St. Albans. Many uncles and aunts including Doug and Jeannie Harrod, whom he considered his second parents, twelve nieces and nephews and several cousins.

A Celebration of Donovan’s Life will be held on Wednesday January 4, 2017 at 6 PM in the Minor Funeral Home in Milton officiated by Pastor Kerry Cameron. We invite those who wish to share a memory of Donovan do so during the service. Calling Hours will be held from 4 to 6 PM prior to the service in the funeral home. A celebratory reception will be held at the Fraternal Order of Eagles located at 42 Centre Drive in Milton immediately following the service. 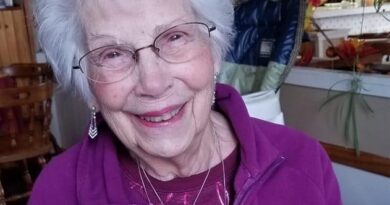 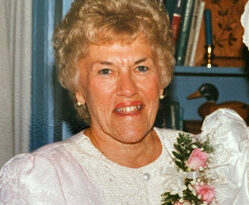 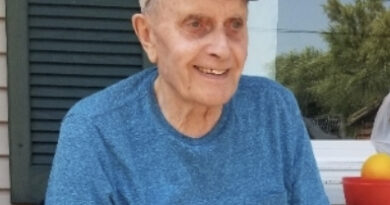