The premise of the argument is that McAllister, who was convicted on one count of promoting prostitution before that charge was overturned, has already suffered enough by being prosecuted that, in the interest of Justice, the last remaining charge should be dismissed by the court.

McAllister took the stand on Friday in an effort to convince the judge to side with him, and according to his own testimony, fighting the criminal charges for the past three years has cost him more than $200,000.

McAllister testified that he had to turn over portions of his property to his previous attorneys, Brooks McArthur, to offset legal fees, and yet he still is not current on his payment to his current attorney.

Katims went on to press the fact that McAllister has already served his six months of probation, though the conviction requiring him to do so, has since been overturned.

Assistant State’s Attorney John Lavoie cross-examined McAllister, “Your belief this whole time is that [the accusers] are all liars?”

“Then why wouldn’t you want to have another trial to prove your innocence?” Lavoie quipped.

Lavoie also argued that although McAllister had already served his six month probationary period, he had not served any punitive time in regards to this case. He had been ordered to 45 days of work crew, which has not been completed.

Katims urged the court to consider that McAllister’s name has been irreparably tarnished due to the case.

“The press has been here for every one of your hearings, haven’t they?” Katims asked McAllister while on the stand.

“McAllister has been tried in the court of public opinion,” Katims reiterated later in his arguments, “Many members of the public don’t know that his conviction was overturned.”

Katims went on to argue that regardless of the outcome of a new trial, McAllister will never have the same standing in the community that he did before this case was tried.

The issue is expected to be resolved in a written decision by Kupersmith in early March.

Also at odds today was a request by the prosecutors to present McAllister’s “prior bad acts,” which at least one of, at least as far as Katims is concerned, is one of the reasons the convictions was overturned by the Supreme Court in the first place.

“If we can’t explain the context in this case, we can’t make the jury understand the situation [the alleged victim] was in,” Lavoie argued.

Kupersmith did not rule on that motion today either but did indicate that he anticipated a trial would occur in April, and it indeed would happen in Franklin County, instead of a change in venue as many had anticipated.

McAllister’s son, Heath McAllister, spoke with reporters after the hearing, expressing his disgust for the legal system, as well as the media reporting on it.

“The public jury has already made their decision,” Heal McAllister said, “And it’s based on what you guys put out there, and you will only tell one side of the story- whatever sells papers. It will not make any difference at all what the jury says, my dad didn’t do it, he’s innocent of it, he’s gone through this shit, and these people, these leeches on society are still doing it.”

Heath McAllister went on to say that the accuser is still taking up space on his that he can not use.

Heath’s disgust for the legal system appeared to be stemming, at least partially, to the complaining witness who was caught lying under oath but was never charged for doing so.

“What is the point of having [a] perjury [charge] if you don’t go after it?” Heath McAllister said.

SQUATTER FOUND WITH 2 LBS OF POT

AN EASIER TRIP TO MONTREAL

MAN PICKS UP DUI AFTER DRIVING TO PRISON DRUNK 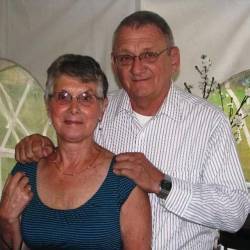