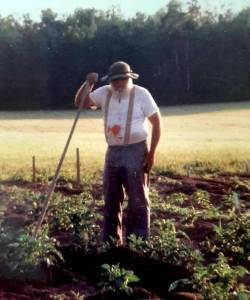 ST.ALBANS: It is with a heavy heart that the family of Maurice Albert Cook announces his passing on July 26th, 2020, at UVM Medical Center in Burlington, as a result of pneumonia at the age of 87.  Maurice was born to Cecil and Marjorie Cook in St. Albans, on October 1st, 1933.

Maurice built a beautiful life centered around his family and community. In May of 1955, he married the love of his life, Beverly Stanhope, and together they began building their legacy of love and devotion to family. Maurice and Beverly spent 65 years together in marriage and in time brought eleven children along with their growing families into this world. In the early days, Maurice and Beverly were known to enjoy a local candlepin bowling league together.

Partway through his adult life, Maurice lost his sight as a result of retinitis pigmentosa, however, he never allowed this to take the vibrancy from his life. A simple greeting as you entered his room for a visit would trigger a joyful hello as he recognized you just by the sound of your voice. He had a way of making you feel as if your visit was the one he was waiting for, ready with questions about your life and well-being and leaving you with precious memories. When the family gathered, Maurice was a man of few words, but those who knew him could see that as he sat, he was listening and gathering tidbits of the conversation around him, relishing the coming together of his family. This was the greatest joy of his life.

Maurice spent 32 years working for McDermott’s Trucking where he supported farmers by hauling milk but also forging relationships that he would carry through with him to the end.  Maurice was known affectionately by his farmers as “Cookie” and to this day that name can bring recognition amongst the farmers of Franklin County. Thirty years after retiring, Maurice was still known to spend an afternoon dialing his farmers from memory and calling to check in and learn how life and the dairy industry were treating his old friends. Maurice’s children have fond memories of days spent riding in the milk truck with their Dad. This career of quiet devotion, supporting Vermont agriculture, is a reflection of Maurice’s essence. Never one to seek the limelight, he took great joy in knowing that he could be counted on by many.

Agriculture was a personal as well as professional passion for Maurice as he spent his summers cultivating gardens to feed his family. Well after his years of strong sight, Maurice could be found in the heat of summer coaxing the most out of the soil and plants using smell and touch to guide his skilled hands. This passion was passed on through generations and many of his grandchildren will remember him as the master of the garden with wisdom that can only be garnered from years of learning and doing, trying and failing, and trying again.

Maurice is predeceased by his brothers-in-law Jack Hurlbut and Bobby Boudreau; his son-in-law Michael Sweeney; his children Cecile, Theresa and Robert; and his grandchildren Colby & Caleb Cook.

Because of the current public health concerns, a private service will be held on Friday, July 31st, 2020, at the Heald Funeral Home for the immediate children and siblings of Maurice and Beverly.

This service will be followed by a graveside service at Holy Cross Cemetery, Fairfax Street, St. Albans, VT at 2 o’clock and this service will be open to the public, although attendance will be limited, so please be aware that you may be asked to wait before paying your respects.

As Maurice learned to live without sight, the support of the Vermont Association for the Blind and Visually Impaired provided him opportunities and resources that were invaluable in preserving his independence. In lieu of flowers, donations can be made to that foundation in his name, 60 Kimball Ave, South Burlington, VT 05403.

To send Maurice’s family a message of condolence or share a memory, kindly go to his online guestbook at www.healdfuneralhome.com. 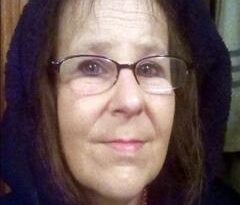 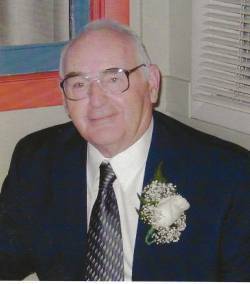 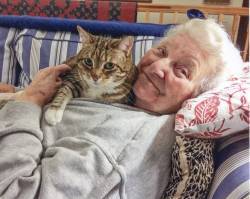