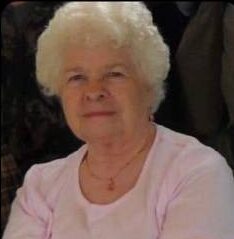 Laurianne was born on October 14th, 1930, in Highgate Center, the daughter of Antoine and Alberta (Laroche) Gagne. Her marriage to Lionel H. Gagne took place on June 23rd, 1951.

Laurianne spent her earlier years in Massachusetts where she was employed at MA Plastics in Ludlow.

She and Lionel moved to Vermont in June 1969, where they built their new home to continue raising their eight children and nephew. After years of employment with IBM in Essex Junction, Laurianne retired along with Lionel to enjoy traveling and family functions. Her interests included attending St. Louis Parrish, being a member of the Ladies of St. Anne, and spending time with her children and grandchildren, and enjoyed playing guitar with an extra gift of singing and yodeling, as well as sewing and crafting.

In addition to her parents and husband, Lionel, she was predeceased by her brothers, David Gagne and Joseph Gagne, sisters, Theresa Mainville of Springfield, MA, and Rita and her husband, Anicet Canuel of Belchertown, MA, her in-laws, Ovila and Peggy Gagne, Lucille Campagna, Rosaire and Rachel Gagne, Ralph and Lorraine Nichols all of Highgate, brother-in-law, Roger Wapner of Springfield, MA, and grandson, Peter Morin.

We wish to express our sincere thanks to Franklin County Home Health Agency, Hospice Division for their continued care for our mother. Thank you to Sheree Martel, Nichole Ward, and Gabby Martel.

The Liturgy of Christian Burial will be celebrated on Friday, October 14th at 1:30 PM at St. Louis Catholic Church in Highgate with the Reverend Father James Dodson as celebrant. Interment with prayers of committal will follow at St. Louis Cemetery in Highgate.

Honored to be serving the Gagne family is the Heald Funeral Home, where messages of condolence are welcome at www.healdfuneralhome.com 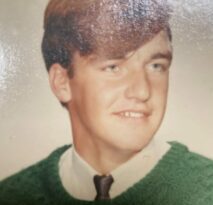 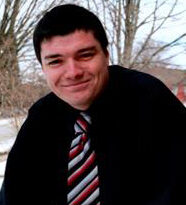 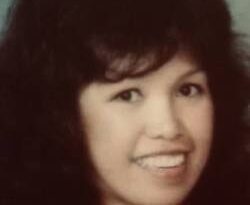